THE NEXT GENERATION: CYBERSECURITY CONFERENCE

FutureCon Events brings high-level Cyber Security Training discovering cutting-edge security approaches, managing risk in the ever-changing threat of the cybersecurity workforce. Join us as we talk with a panel of C-level executives who have effectively mitigated the risk of Cyber Attacks. Educating C-suite executives and CISOs (chief information security officers) on the global cybercrime epidemic, and how to build Cyber Resilient organizations. “Cybersecurity is no longer just an IT problem" Gain the latest knowledge you need to enable applications while keeping your computing environment secure from advanced Cyber Threats. Demo the newest technology, and interact with the world's security leaders and gain other pressing topics of interest to the information security community. Download the FutureCon event App to be part of the ongoing FutureCon community giving you the resources to stay one step ahead of Cyber challenges. The FutureCon community will keep you updated on the future of the Cyberworld and allow you to interact with your peers and the world's security leaders.

“Why AI and Automation is the Future of Cybersecurity”

Darin Andersen is a distinguished Cybersecurity, Smart City, Internet of Things (IoT) and professional with over 15 years of experience in industry. Darin is the CEO & Founder of NXT Robotics which builds a cognitive security robotics platform. In 2013, Mr. Andersen founded CyberTECH (CyberHive and iHive Incubators), a global cybersecurity and IoT network ecosystem providing cybersecurity and IoT resources, strategic programs and quality thought leader IoT Forums across the nation.Before NXT Robotics, Darin was the CEO of CyberUnited a enterprise cybersecurity firm. Darin also served as President, North America for Norman Shark, a forensics malware analytics company, acquired by Symantec. Prior to Norman Shark, Darin was the Chief Operating Officer (COO) at ESET, an award winning and antivirus solutions company.While COO at ESET, Darin created the “Securing Our eCity” initiative. The initiative, now an independent Foundation, was recognized by The White House as the “Best Local/Community Plan” DHS National Cybersecurity Awareness Challenge.

Mr. Andersen is a distinguished Ponemon Institute Fellow and received an MBA in Finance and Operations Management and 2nd Masters in Information Systems and Operations Systems both from University of Southern California and a BA from Claremont McKenna College 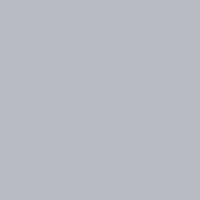 Countdown Until The Event